Now before you yell at me at once, some context. Bear with me.

I wrote this after finishing The Late Lord. I felt like an emotional punch-bag; it turns out writing a biography and getting into someone’s head is an all-consuming thing, particularly when the story you’re telling is quite depressing in parts. ‘Comedy Walcheren’ was intended as a kind of exorcism to get rid of the demons I had invited into my head, effectively by laughing at them.

It’s not meant to be serious, and I hope I have been respectful of a topic that isn’t, frankly, very amusing. But it also seemed to me that the whole Walcheren debacle had elements of farce to it — and I really, really, really needed to laugh.

I’m told this has good bits, so I have decided to release it into the public domain (inspired by my good friend Lynn Bryant’s recent blog on the battle of Tenerife, which was very much written in the same spirit).

So here it is … enjoy. And please don’t kill me. (Further warning: mostly written in English, but also contains some … mild Anglo-Saxon) 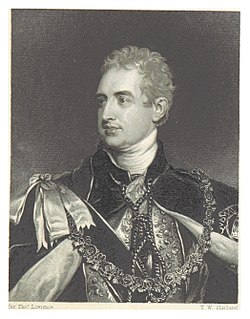 CASTLEREAGH: So lads at Horse Guards … if I were to suggest joining Austria in the Fifth Coalition by organising an expedition to the Scheldt—nothing fancy, let’s call it a coup de main—with the aim of taking Antwerp and destroying the French and Dutch fleet at Flushing, what would you say?

CASTLEREAGH: But do you think it’s impossible?

CASTLEREAGH: Wonderful. I knew you’d love the plan. Commander-in-Chief, when can we have—oh, 20,000 men ready?

GENERAL DUNDAS: I thought you said it was ‘nothing fancy’?

CASTLEREAGH: That’s precisely what I said, yes. Better make it 30,000 to be sure.

GENERAL DUNDAS: You’ll need to move quickly, or the French will just pull all their ships upriver. 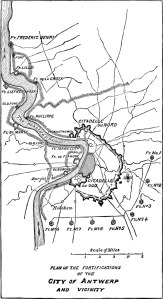 MULGRAVE: What in the name of all that’s holy are you going to do with 600 ships?

CASTLEREAGH: Take Antwerp. Do you have them?

MULGRAVE: You know Antwerp is up a very narrow river and heavily guarded by the French, don’t you?

CASTLEREAGH: Possibly heavily guarded by the French. We’re not too clear on that bit. So. Six hundred ships?

MULGRAVE: I’ll see what I can do. Who’s commanding the military bit?

CASTLEREAGH: Good question. [To LORD CHATHAM] You up, Chatham?

CHATHAM: Of course I’m up. What’s the matter? Need another 40,000 muskets we haven’t got to send to Portugal at short notice? 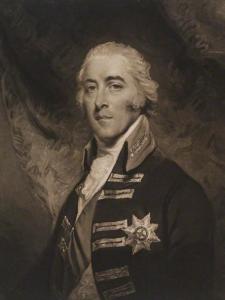 CASTLEREAGH: Not this time. I was thinking … you know that expedition we’re planning? We need a commander for it. Nobody else wants to do it  I can’t find anyone else to do it Will you do it?

CHATHAM: Will I what?

CASTLEREAGH: Oh go on. It’ll be easy, maybe even fun.

CASTLEREAGH: Do I really have to remind you that you haven’t done a bally thing since the Helder Expedition in 1799? Tick tock tick tock, and all that.

CASTLEREAGH: Good man. It’ll be fine. The defences of Antwerp are very weak. At least they were in 1794.

CASTLEREAGH: Look, the French have been a bit busy elsewhere. I’ve heard they’ve done nothing to Antwerp since then.

CHATHAM: Who told you that?

CASTLEREAGH: Sir Home Popham. Here, let me introduce you. Popham, this is Lord Chatham. Tell him how easy it will be to get to Antwerp.

POPHAM: Hi! Oh, it’ll be easy. But you need to move quickly. 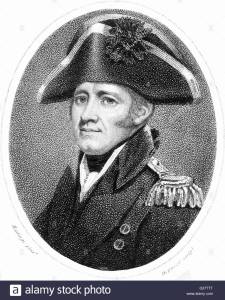 POPHAM: Excellent. I have a cunning plan. We take our 40,000 men and divide them into three forces. One goes to Cadzand and disables the batteries there. The other lands on Walcheren and masks Flushing from the land, while the navy completes the blockade by sea. The last lot go ZZZZZZZZZZZZZZIIIIIIIIIIIIIIIP up the West Scheldt to Sandvliet. The navy follows them, covering them to Antwerp. It’ll take a week at most: the French’ll never know what hit them.

POPHAM: I know, it’s brilliant, isn’t it? I amaze myself sometimes.

CASTLEREAGH: Good question. Hold on… [to MULGRAVE] Who’ve you picked?

CASTLEREAGH: OK…… although he’s never done anything like this, has he?

MULGRAVE: Doesn’t matter. He’s been off Holland for ages. Knows the waters really well. Er. The bits we’ve been able to get to, anyway. Plus he’s impulsive, and speed is of the essence. Who’ve you picked? 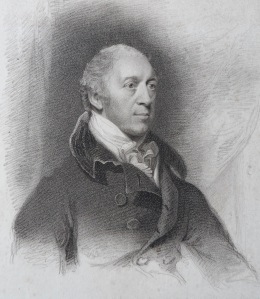 MULGRAVE: The guy’s never been on time to a cabinet once in 20 years and you want to send him on a pre-emptive raid to Antwerp?

MULGRAVE: It had better be.

STRACHAN: Oh come on Johnboy, this is going to be SO MUCH FUN. Let’s go get ’em!

CHATHAM: Why have I got all this paperwork?

CHATHAM: Deal with it please. I need a nap. No wait, hang on a moment. Here comes Sir Huge Plopham.

POPHAM: Hey guys! Are you ready to go? The wind has finally changed and Sir Eyre Coote has arrived from Portsmouth. 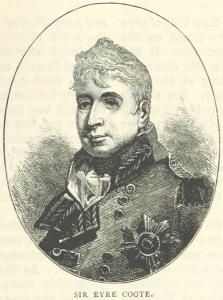 STRACHAN: About bloody time. Are we going yet?

CHATHAM: Yes, we can go now.

CASTLEREAGH: I hate to say this, but… er… there’s been some bad news…

CASTLEREAGH: The Austrians have been heavily defeated at Wagram. They’re out of the war.

CASTLEREAGH: Keep going. Your victory will help keep Austria in the war, most probably.

STRACHAN: So we’re FINALLY underway. I can’t wait to engage the French on the open seas.

CHATHAM: What makes you think they’ll come out to find us?

STRACHAN: Of course they will. Why would they stay holed up behind Antwerp, where they’re safe?

CHATHAM: This boat moves a lot.

STRACHAN: Ship. They do that.

Storm at sea, from here

CHATHAM: Any way to stop this boat moving so much?

STRACHAN: Ship. And no. Didn’t you learn anything when you were First Lord of the Admiralty?

POPHAM: We can’t land at Domburg. I could try and get the fleet into the Roompot…

STRACHAN: Sounds like a fine plan. What’s the Roompot?

POPHAM: Oh, it’s a sheltered area to the north-east of the island.

STRACHAN: Fabulous. Let’s do it.

POPHAM: We’d have to get through the Veere Gat, though. It’s a pretty narrow channel but I think I can do it. 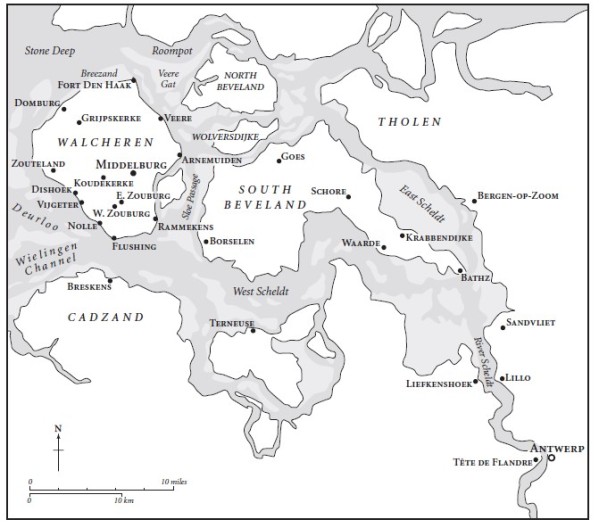 Map of the 1809 Walcheren expedition drawn by Martin Brown

CHATHAM: Won’t we end up on the wrong side of the island? This is the East Scheldt. We’re supposed to go down the West Scheldt, remember?

STRACHAN: I’m sure we can get from the East Scheldt to the West Scheldt. Isn’t there a passage between them, Popham? Between Walcheren and South Beveland?

POPHAM: Yes, the Sloe. But—

STRACHAN: There you go then.

POPHAM: But the Sloe is very—

STRACHAN: Popham? Just do it.

[Some time later, on Walcheren] 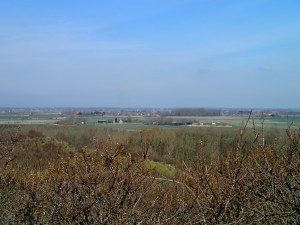 View towards Middelburg from the dyke above Zouteland Bay

COOTE: Here is the intrepid warrior, landing on the enemy shore, about to deal the French bastards a stinging blow round the—

COOTE: Aaargh! What the hell are you doing here?! You’re supposed to be sailing down the West Scheldt to Sandvliet!

CHATHAM: Change of plan. Where are the Frogs then?

COOTE: The enemy are falling back on Veere. We’ve taken Fort Den Haak.

CHATHAM: Jolly good. Reorganise the rest of the men into four columns.

CHATHAM: Fine. I’m just waiting till Strachan can get his ships into the West Scheldt. Don’t worry, I won’t get in the way. Carry on—I’m off to bed.

COOTE: Yes sir. [To BROWNRIGG] What the actual frick is he doing here?

BROWNRIGG: He told you. He’s waiting for Strachan to get his ships into the West Scheldt.

COOTE: How long will that bloody well take?! While he stays here on the island I’m outranked!

[Outside the town of Veere] 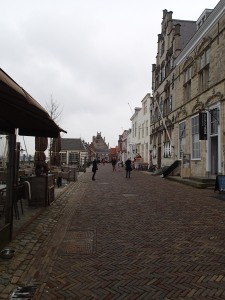 Veere, by the canal

GENERAL MACKENZIE FRASER: Popham! Bring your boats round, won’t you? We could do with some extra ammunition…

STRACHAN: I don’t care what he asked you to do! Stop it at once!

CHATHAM: What about them?

STRACHAN: YOU ORDERED THEM TO BOMBARD VEERE!

STRACHAN: STICK TO SOLDIERING AND LEAVE MY BOATS ALONE!

STRACHAN: THESE ONES ARE BOATS!

STRACHAN: DON’T DO IT AGAIN! 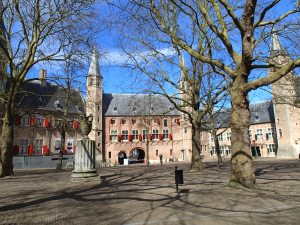 BROWNRIGG: Lord Chatham, the capital, Middelburg, has surrendered. Sir John Hope has taken South Beveland, and Fort Rammekens has fallen, opening the Sloe Passage. All Walcheren is ours except Flushing.

CHATHAM: Excellent. General Coote, start building six batteries around Flushing. [To BROWNRIGG] I think I’ll leave Coote to get on with it and stop here in Middelburg. It’s rather nice here.

CHATHAM: Oh, don’t fret. Once Lord Huntly has landed on Cadzand and disabled the French batteries there, we don’t need to care about Flushing. Strachan will get his ships down the West Scheldt in no time.

HUNTLY: Bugger me, this wind is blowing rather strong!

OWEN: No way we can land in this wind, my lord! 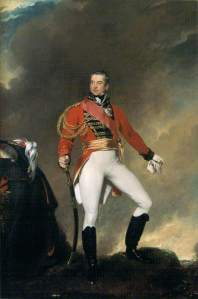 HUNTLY: ………… Will Lord Gardner lend you some?

OWEN: We need some boats!

GARDNER [distantly]: Bugger off! They’re mine!

OWEN [to HUNTLY]: How many men can you see on Cadzand?

HUNTLY: I’d say about 1,800, and those are the ones I can see. [Short pause] Screw this. Let’s land on South Beveland instead.

CHATHAM: Damn. We won’t be able to get the ships down the West Scheldt now.

STRACHAN: Don’t fret. We’ll get them through the Sloe.

CHATHAM: Yes, about that—

COOTE: The French are getting reinforcements into Flushing from Cadzand and the navy can’t stop them! 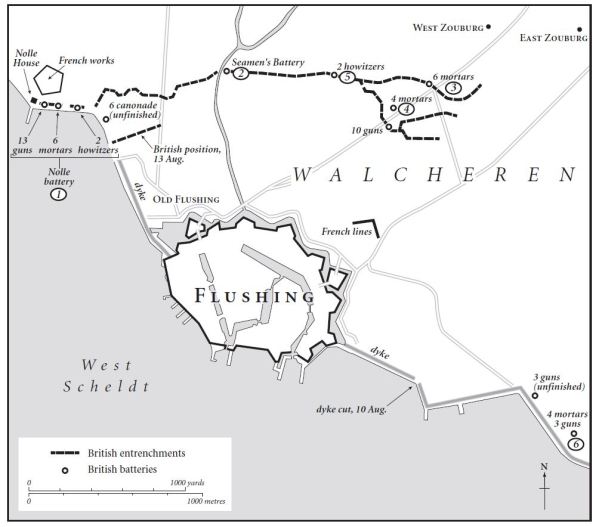 Map of the siege of Flushing, drawn by Martin Brown

COOTE: Now would be good!

STRACHAN: Can’t do now. Sorry. I’ll get round to it when the wind changes, okay?

STRACHAN: Calm down. It’s just a couple of thousand.

CHATHAM: Coote, you’re just going to have to get on with those batteries. It’s been nearly a week.

COOTE: YOU get the sodding engineers to get a move on!

CHATHAM: All right then. I will.

FYERS: We’re pretty much done, sir. So long as it doesn’t rain, we can open today in a couple of hou— [ENORMOUSLY LOUD THUNDERCLAP] [rain drums off the ground] —bugger. 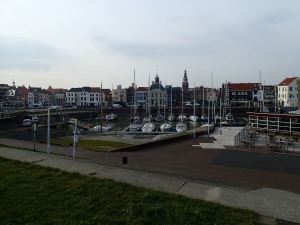 COOTE: Lord Chatham, the rain’s washed away several of our batteries. I don’t think we can start till tomorrow now.

BROWNRIGG: Erm. My feet seem to be getting wet.

COOTE: Oh yes, I forgot to mention. The enemy’s cut the dykes. It’s OK, we can open the sluices at Middelburg. But you might want to wear tall boots for a while.

BROWNRIGG: A chair, your Lordship.

CHATHAM: Thank you. [climbs up]

CHATHAM: What? [Loud cannonade] [cannonballs whistle through the air] [much shouting and chaos] What the hell was that?

BROWNRIGG: I think the Admiral just cut off the Flushing communications and has entered the West Scheldt, sir.

STRACHAN [rushes up]: Did you see that? The Frogs never saw that one coming!

CHATHAM: Neither did we.

STRACHAN: Tomorrow?! What have you landlubbers being doing all this time? Playing chess? Eating turtle? Having long naps? 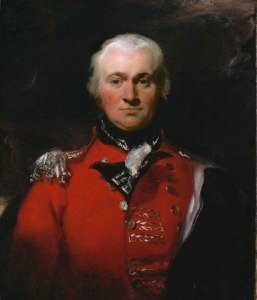 BROWNRIGG [swiftly cutting in]: Admiral, we really need Flushing to surrender quickly, so if you wouldn’t mind using your ships to aid the land batteries from the sea-side when we open fire…

CHATHAM: Strachan, get your boats ready. And tell Sir Home Poophead we will probably need his gunboats, too.

CHATHAM: That’s what I said.

[Next day, off Flushing]

CHATHAM [squinting through telescope]: I say, what a fine spectacle!

BROWNRIGG: I’m sorry, your lordship, what was that?

CHATHAM: I said it was a noble spectacle. Don’t you think?

CHATHAM: Where are the ships? They don’t seem to be doing anything.

CHATHAM: Would you please do something?

BROWNRIGG: There goes the church. 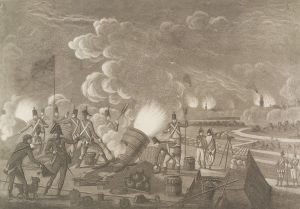 BROWNRIGG: The naval vessels are giving it full pelt.

CHATHAM: He is doing rather well, I admit. He’ll be insufferable tomorrow.

BROWNRIGG: He’d better be careful; his flagship is rather close to the shore. If he doesn’t steer clear, he’s going to run agr—

STRACHAN [distantly]: Bugger! Would someone mind giving me a push? Just a little one?

[CHATHAM says nothing but smiles, ever so slightly]

CHATHAM: Excellent! Call off the guns. And would someone mind throwing Sir Richard a rope?